Marcie and the Mouse: Aulani, a Disney Resort & Spa

Aulani, a Disney Resort & Spa is the only Disney hotel in Hawaii. There aren’t any rides, but they have an incredible pool area and it’s right on the beach.

These are basic hotel rooms with two beds (either 2 queens or a king and a queen sofa sleeper.)

Deluxe Studios have a kitchenette with plates, glasses, toaster, tea kettle and other amenities that make it easy to have breakfast in your room.

Aulani offers 1 bedroom, 2 bedroom, and 3 bedroom villas. These are set up more like condos, with a stove and a washer. The 3 bedroom can sleep up to 12 adults!

For the epitome of luxury, check out the Aulani Suites. They have full sized fridges, whirlpool tubs, butler pantries, and more.

Things to do at Aulani, a Disney Resort & Spa

One of our favorite character meals is the Aulani character breakfast. Here, you’ll enjoy a huge buffet of foods from Hawaii and Asia in addition to the classic Mickey waffles.

There’s an adorable parade where kids can play musical instruments and learn how to hula dance.

They also have a Menehune Mischief character dinner.

Kids ages 3 and older are welcome to spend time at Aunty’s Beach House, the Aulani kids club. They have lots of activities to keep the kids entertained while you enjoy the spa or have a relaxing meal.

You can’t go to Hawaii without seeing a luau. Well, you can, but why would you want to?

Disney makes it so easy by offering a luau right on property. And you never know who will make an appearance!

CHECK OUT OUR LATEST AULANI, A DISNEY RESORT & SPA POSTS: 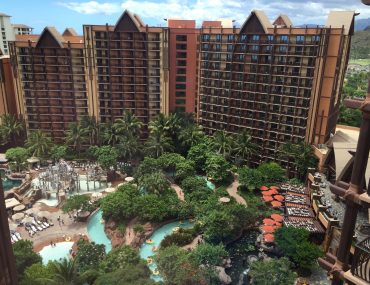 Are you wondering if it’s worth going to Disney Aulani with teenagers? Find out about the best Aulani activities there are for teens at Aulani, a Disney Resort… 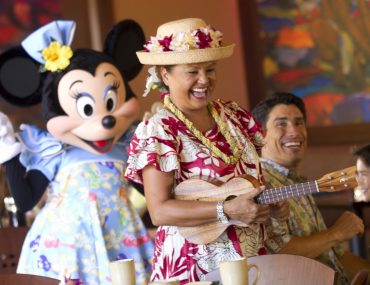 Are you planning a trip to Aulani and wondering if the Aulani character breakfast is worth it? Did you know you can eat there without staying at the… 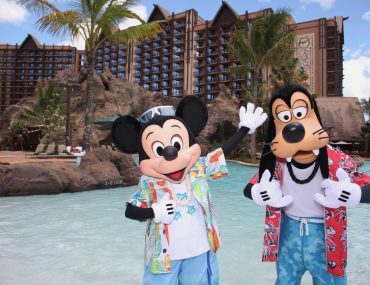 This Aulani tips post originally appeared  on Marcie in Mommyland Are you planning a trip to Oahu and wondering if you should make a side trip to Aulani,…